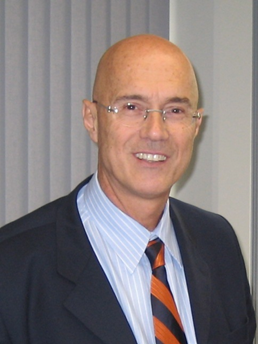 Giorgos Kremlis started his career in the European Union in 1981. He was a Legal advisor (from January 1981) in the European Commission’s Legal Service, with an interruption of three years (1990-1993) in Greece. In that period he exercised the functions of Advisor to the Greek Minister of National Economy (1990), National Co-ordinator for the European Economic Community (EEC) internal market (1990-1992), Head of the EEC Committee under the Greek Prime Minister (1993), and Secretary General for  European Affairs in the Ministry of National Economy (1993). During this period he was also a Member of the Greek Competition authority.

In 1995 he joined DG Environment. From 1995 to 2004 he served as Head of the Legal Unit, responsible for all legal issues in the DG, including, inter alia, the legality of new initiatives, the implementation of EC environmental legislation and investigation of national compliance with EC Directives and Regulations; handling of complaints, infringements, EU Ombudsman requests and Petitions. From 2004 to 2005 he was Head of the “Legal affairs and Governance” Unit, responsible for in-house legal advice, Århus Convention (access to environmental information, public participation and access to justice), Environmental Liability, Environmental Criminality, the IMPEL Network that he co-chaired, the Forum of Judges and the International Network for Environmental Compliance and Enforcement (INECE), Corporate Social Responsibility (CSR), and the financing of NGO’s programme. From June 2005 to May 2013 he was the Head of the Unit “Cohesion Policy and Environmental Impact Assessments”, responsible for the overall integration of the environment in the Cohesion Policy (ERDF, ESF, Cohesion Fund), the Trans European Networks for Energy and Transport, and EIB/EBRD loans.

In his current position, since June 2013, he is the Head of the “Enforcement, Cohesion Policy & European Semester, Cluster 1” Unit, responsible for the enforcement of EU environmental law and of the compliance with environmental law of projects (and plans  and  programmes)  co-financed  by  the  EU as  well  as  the evaluation  of  their

impacts. He is also responsible for environmental integration in Cohesion Policy and the Trans European Networks for Energy and Transport.
From March to August 2011, he served as Acting Director of the Directorate “Legal Affairs and Cohesion” and from June 2013 to January 2014 as Director ad interim of the Directorate “Implementation, Governance and Semester”.

In his current position, he is Chairman of the ENEA-MA (European Network of Environmental and Managing Authorities), and the EIA/SEA (Environmental Impact Assessment / Strategic Environmental Assessment) Experts Groups. He is also a Member of the Board of the Espoo Convention.

He is a lawyer of the Greek Supreme Court and in the past he has been a Research fellow at the Centre of International Economic and European Law (1979-80), in Thessaloniki. He is visiting Professor in a number of universities, in Greece and abroad, especially in post-graduate studies. He is the co-author of a four volumes Commentary, Article by Article, of the EU Treaties (in Greek). He is also the author of a very large number of various publications, in English, French and Greek, including books and articles, on EU Policy and Law, in particular institutional law, business law, private international law, environmental law, and comparative law.

All sessions by George KREMLIS

Developing an Enabling Policy Environment for Circular Economy: Latest from Europe and the Southern Neighborhood

14:00-15:30
Auditorium Francesc Cambó Auditorium Pau Gil
How to buy them obtain: Chat to the trainer, And check out this lady background practicing Sammie Coates Jersey. Basically KoNY Ealy Jersey, Inquire if she is competent of your yankee organisation linked Cheerleading custom motor motorteachers managers; Quite a number of motor coach tours will need passed medical related, Legal, As well as, safeguards practice. Watching for pressure from peers: The worry of looking around tired assists young ones stay for a moment soundless that's near harm or programs they are not equipped suitable to receive.