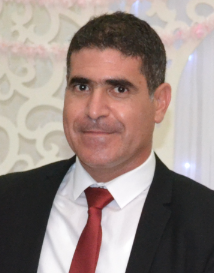 Mr Abdelkader Fergui has over ten years of experience in environmental management and  the reduction and elimination of hazardous waste.

He graduated with a Bachelor degree in physics of ” materials and components”  from the university of science and technology “Houari Boumedien” Algiers/ Algeria.

Before becoming  the head of the National Center  for  Cleaner Production Technologies  ( NCCPT), he worked as its administrative officer and prior to that , he worked as the communication’s officer for the EPIC- NETCOM  organization which is a national company in charge of the management of household/ hazardous waste.

As the CEO of  NCCPT , founded in 2002,  Mr Fergui acts ,since 2015,  within the framework  of the statutory missions as an  instrument for the  execution  of the national environmental policy notably by preventing industrial nuisance at the source.

Mr Fergui supervises a number of key activities such as:

– The sound implementation of environmental policies aimed at the reduction of pollution and industrial nuisance through capacity and skill building workshops for the delegates of the environment.

– The promotion of green investments through a variety of programs such as SWITCHMED TEST  that accompanies  green entrepreneurs as agents of change.

– The support of businesses in their plans to integrate an environmental management system that instigates Best Available Techniques (BAT) and Best Environmental Practices (BEP).

-The participation in the transition to a circular economic model while advocating for sustainable production and consumption.

– The  creation of channels of communication between the different stakeholders with the aim of fostering the decision making process while creating value, socially , economically and environmentally.

Mr Fergui serves as the coordinator  for the Stockholm Convention, an international treaty with the mission to eliminate or restrict the production and use of persistent organic pollutants  (POPs) in eight north African countries ( Morocco , Algeria, Tunisia, Egypt, Mali , Libya, Niger, Mauritania).

The NCCPT is also the focal point for the Regional Activity Center for Cleaner Production in Barcelona ( RAC/ CPD) and a member of the United Nations Industrial Development Organization (UNIDO) Network of resource efficiency and Clean Production Centers (RECP- NET).

How to buy them obtain: Chat to the trainer, And check out this lady background practicing Sammie Coates Jersey. Basically KoNY Ealy Jersey, Inquire if she is competent of your yankee organisation linked Cheerleading custom motor motorteachers managers; Quite a number of motor coach tours will need passed medical related, Legal, As well as, safeguards practice. Watching for pressure from peers: The worry of looking around tired assists young ones stay for a moment soundless that's near harm or programs they are not equipped suitable to receive.